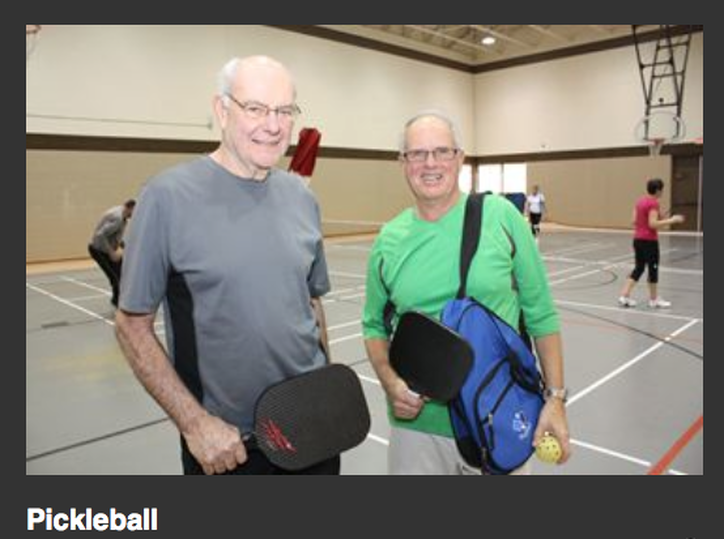 February of 2014 ​​the Blue Mountain Town Officials were approached by a couple of  Pickleball enthusiasts armed with a lengthy document explaining  the game of Pickleball, the fastest growing racquet sport in North America. We fully expected the standard response
​“ What is Pickleball?​ “

Well to our surprise it was an easy sell as they knew all about the game and were most eager to help establish a local facility offering us the Beaver Valley Community Centre for as many afternoons as we wished. Needless to say we left the Town Office excited and ready to move, two courts were laid out on March 3rd, 2014.

We only booked the hall, three days a week and began to advertise hoping to get at least 10 players to cover the hall rental.  Posters were hung in the local Library, grocery store, coffee shops etc. Within the first week,  we had over 20 players, with a mix of experienced and new inductees to the sport. In two weeks we fielded over 70 calls.

One day per week was set aside for lessons and  8 to 10 new players were beginning play weekly. Five weeks later we had over 100 players. OOPS - too many !

The Town extended our play time to 5 hours per day but  we were still burdened with an excess of players and wait times were getting lengthy. No one seemed to complain as it became a social gathering and all that  seemed to be missing was the wine. To solve our dilemma we soon split the group in two, 2 1/2 hours sessions. Not easy to break up the established friendships but in the end everyone seemed pleased with that decision.

Now, after a whole year of 2 1/2 hours of pickleball, three times a week, friendships have grown as much as our skills in playing the game. We find this exercise to be challenging our physical agility, our eye/hand co-ordination and our mental agility in remembering who served last after that really long rally and what was that score anyway???

Could there be a more fitting form of exercise to spend all this time at the
​community centre?  ​
So much fun and so much laughter!