Minutes of the Annual General Meeting (AGM)  – September 6, 2017
Beaver Valley Community Centre
Directors present at the meeting:
Harry Stevens, Paul Clements and Jean Grummett
Absent: Brenda Barron and Sue Boadway
There were approximately 35 members in attendance at the meeting when Harry Stevens, outgoing president of the TPC, welcomed the members to the annual meeting of the Thornbury Pickleball Club. He thanked all the members  for their contribution in making the TPC as successful as it is. He also thanked all those who have volunteered their help over the past year, committee members, line installers, our photographer, Peter Edwards, tournament helpers and all those who helped with the National Pickleball Day, August 12.  He spoke of the number of competitive players who have brought home medals from National, Provincial and local pickleball tournaments raising the profile of our Thornbury Pickleball Club and for that we can be  proud.

The minutes from the first AGM were displayed for all to read. After some revisions/corrections  were made, Linda Schufelt moved  that the minutes with the amendments be adopted as posted and Rosemary Gosselin seconded the motion.

Paul Clements thanked Harry and Rosemarie for all of their dedication and hard work  over the past year in promoting pickleball in our community as well as their many hours of time and effort working to benefit our club.
Financial Report : The treasurer’s report was then presented by Paul Clements who indicated that the revised annual report June 2016 - June 2017 will be forwarded to all members showing the revised statement.  Rosemary Gosslin enquired about how best to use the amount of money that was in the account by donating to some to the community groups  who could benefit from them. Harry told Rosemary that because we were a nonprofit club we do not raise funds for any charities. “That's a whole different ballgame, any money raised by us stays within our own club.” Rosemarie Wickens suggested that the extra monies would benefit the club in the search for additional facilities for more courts.
​
Harry then outlined the changes, improvements and accomplishments of the committee over the past year.
​Revisions to the Mandate: Accomplishments Over the Past Year:
Because there were only four people who put their names forth for the new Directors (2017-2018) , there was no need to vote. The Directors consist of  two incumbents, Paul Clements and Jean Grummett and two new volunteers Cor Boogerman and Allan Mattacott.

Moved by Gerry Weatherhead and seconded by Don Young that the meeting be adjourned.
Announcement of the AGM  2017
Please be advised that the TPC annual general meeting will take place on
Wednesday afternoon Sept. 6, 2017, at 3:30 pm. in the large hall.
Anyone wishing to play pickleball that afternoon can do so from 12 noon until 3:00 pm.
Your help to set up chairs for the meeting would be most appreciated.

The main item in the Order of Business this September of course will be the election of Officers to manage the affairs of the club for the upcoming year. We encourage you to consider running, whether you are in the early or late group. Remember the club is run solely by volunteers and new ideas and perspectives are always welcome.

​ All members in good standing are eligible to vote whether you attend the AGM or not. Voting forms are being prepared and will be sent to you after nominations have been finalized on Aug. 31, 2017. ​Anyone wishing to run for office or would like to nominate someone to run for any of the five director positions please email your intentions/nominations to our Secretary Jean Grummett, grummettlj@gmail.com. All nominations must be received and recorded by Aug. 31st, 2017. You are welcome to submit a brief Bio along with your nomination. These will be forwarded to the members along with the voting forms. Ballots will also be available at the AGM for those who attend.

Our membership now stands at 120 members as we welcomed 14 new members to our club at the beginning of July. Please introduce yourselves and enjoy playing with our new inductees. Remember we all started playing and learning this game not that long ago.

At our recent committee meeting we have resolved  a couple of issues
​our members suggested and were concerned with.
1) Orange Onyx Pure 2 balls will now be available in addition
to the selection of other coloured balls in the blue bin.
2) Our guest policy was revamped as follows
a) All guests are welcomed at the most 8 visits per membership year
and must be accompanied by the inviting member
b) Guest must sign in and indicate the time of arrival, pay $5.00.
Inviting member must sign or initial in column beside guest signature.
c) Inviting member will ensure their guest does not play
if there are 18 members in attendance.

3) An interim membership (IM) program has been approved. Basically, if you know you are going to be absent for one month or more, you are welcome to choose a substitute player from the waiting list. They will replace you (the member) for the duration of your absence. They will be charged $25/month, or any part of a month.
Details will be shown on our web site.

Thank You
Your Committee 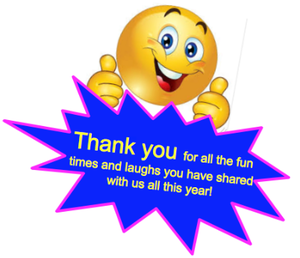